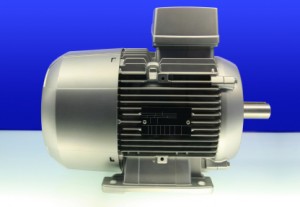 Electric motors used in various kinds of machines have been around for almost 175 years. They’re not always 100% “green” (that depends on where the power used to charge the batteries), but are generally much more environmentally friendly than fossil fuel powered engines. There are two main types of electric motors: ones that use alternating current, the kind that comes out of most household outlets, and ones that use direct current, which comes from batteries.

The first practical application of the electric motor, following the work of British scientist William Sturgeon, was created and patented by Emily and Thomas Davenport (U.S.) in 1837 in the form of a direct current motor that powered machine tools and a printing press.

Just about everywhere you look you’ll find electric motors being used. Depending on their type (rotary, servo, linear, etc.) they run fans, turbines, drills, the wheels on electric cars, machine tools, and even electrically powered spacecraft propulsion systems. One popular use of electric motors is for boating. There’s little doubt boaters and anglers can get closer to nature, without polluting it, and do so much more quietly, using an electric boat motor.

The major pros of electric motors are that they’re quieter, have fewer moving parts, don’t directly use fossil fuels, cost less initially, and normally have a much longer life than their fuel counterparts.

If you need to dispose of an old electric motor, recycle it at Mann Metals Corp. Not only is it better for the environment, but we’ll pay you for the metal.

Do you like our blog and find value in it? Please let us know. 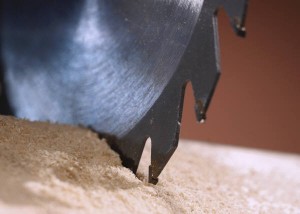 Through a process of heating (but not melting) various heavy metals called “sintering”, carbide or as it’s alternately called “carbon carbide” or “tungsten carbide” are formed. Tools and dies formed of tungsten carbide are essential when the task at hand involves cutting or working with other very hard substances, such as other metals or rock substances.

If you work with tungsten carbide tools, you’ll know some of the big names like Kutrite, who manufacture composite rods used in drill bits and many other applications.

The advantages of using carbide are many. The material is made of the highest steel cutting quality, and can often be used—such as for a drill bit—at a higher speed or for longer periods of time. Many machines, especially those used in precision cutting, use carbide parts or inserts. A relatively new process developed by Conforma Clad Inc., specifically known as Conforma Clad hard facing, involves spraying a mixture of tungsten carbide that’s been embedded in a hard nickel-chrome matrix onto existing machine parts. This process greatly extends the life of the part. Tungsten carbide is often brazened onto an existing steel tool or part to form the sharp end of the tool.

Please let us know if you like our blog or if it’s been helpful to you! 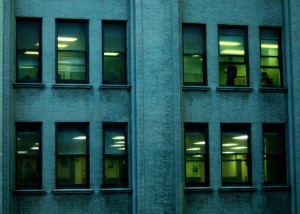 There has never been a better time to consider lowering your business overhead by reducing energy costs. Due to legislation requiring power companies to demonstrate a reduced use of electricity for increased efficiency, both the power companies and the government are offering rebates and incentives. And while you enjoy the lowered cost of new lighting, recycle the scrap from your old fluorescent lighting system at Mann Metals.

Mann Metals recycles many parts of your lighting system, including the ballast, transformer, and aluminum housing and wiring…so save some cash while installing your lighting, and earn some more by replacing and then selling your old lights in your business or warehouse. It’s cash from us for the scrap metal, and years of savings on your power bill, too.

Recently, we at Mann Metals replaced our old 400w lighting with new, more energy efficient 200w lights that are considerably brighter, and the new system cut our lighting energy costs in half. Results and rebates will vary depending on what lighting you choose, your timing, and the rebates and incentives available to you, but this kind of savings is worth investigating!

To find out more about what rebates are available in your area, we suggest the energy star website, and DTE Energy, or go to the US Department of Energy to find out what cost savings are being offered now.

If our blog articles have been useful to you, please let us know when you bring in your scrap metal. Thanks! 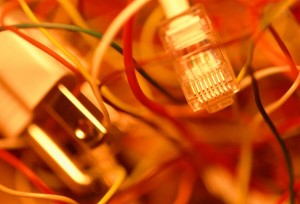 Electricians produce scrap wiring and metals no matter how carefully they spec their jobs or measure materials. It’s a cost of doing business. Plus, there’s scrap when you pull old wiring and boxes out to replace them. Most homeowners and businesses want you to get rid of the mess for them, too. Much of the scrap is copper or aluminum, and a little comes from electronics. Almost all of it is recyclable, and Mann Metals will buy it from you.

Don’t throw money away or leave it in a customer’s dumpster or roll-off! You’ve paid good money for that scrap wire, and your sweat and muscles have pulled that old wiring out. Rather than toss it in the trash, collect even the smaller scraps in a bin in your truck or van, and then bring it on down to Mann Metals to sell. No small business owner can afford to throw money away. Recover some of the materials costs and sell the scrap to Mann Metals weekly, monthly or quarterly. In this economy, every cent you save is a cent you’ve got in your pocket! 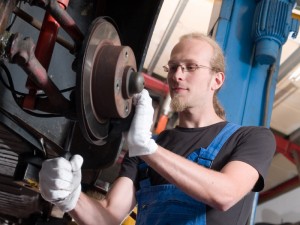 Owners and managers of auto repair and body shops know how much scrap metal their shops can generate. Much of the scrap is ferrous metal, some non-ferrous, and a little comes from electronics and wiring. Almost all of it is recyclable, and Mann Metals will buy it from you.

Well, most shops sell their scrap metals these days because of the savings. No business manager or owner can afford to throw money away month after month. If you’re tossing sellable scrap metal in a rolloff or other container to be hauled away as trash, you’re throwing away dollars and cents. Not just in the amount Mann Metals will pay for the scrap, but in that monthly hauling invoice. Reduce waste, and you reduce your overhead…AND get paid for the waste, a double win! 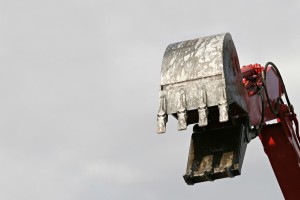 The interest in “green” construction has risen sharply over the last 10 years, with more and more consumers looking for energy-efficiency in commercial and residential building systems and appliances, renewable resources in their building products, and even contractors with eco-friendly policies and records. Selling your ferrous and non-ferrous scrap metal from demolition is easy with Mann Metals, and doing so can help you tap into the environmentally conscious market!

Unless you specialize in new builds, part of your revenue comes from demolition as well as construction. To the average consumer, demolition carries connotations of waste and destruction, but when you make reclaiming and recycling metals a part of your demo plan, you create the opportunity to market your corporate responsibility, “green” policies, and environmental respect. Selling the scrap metals from the demo phase of a job can return a little cash to your pocket, and attract a new customer base. It’s a double benefit!

Assure your customers that your company is going greener and partnering with Mann Metals to keep old wiring, plumbing, fixtures, lighting, and metal structural components OUT of local landfills. Boast your total tonnage recycled, square footage of landfill saved, and about your environmental consciousness.

Contact Mann Metals for more information about containers and pick-up service for larger amounts of scrap metals, and for lists of what we purchase. If our blog articles have been useful to you, please let us know when you bring in your scrap metal. Thanks!